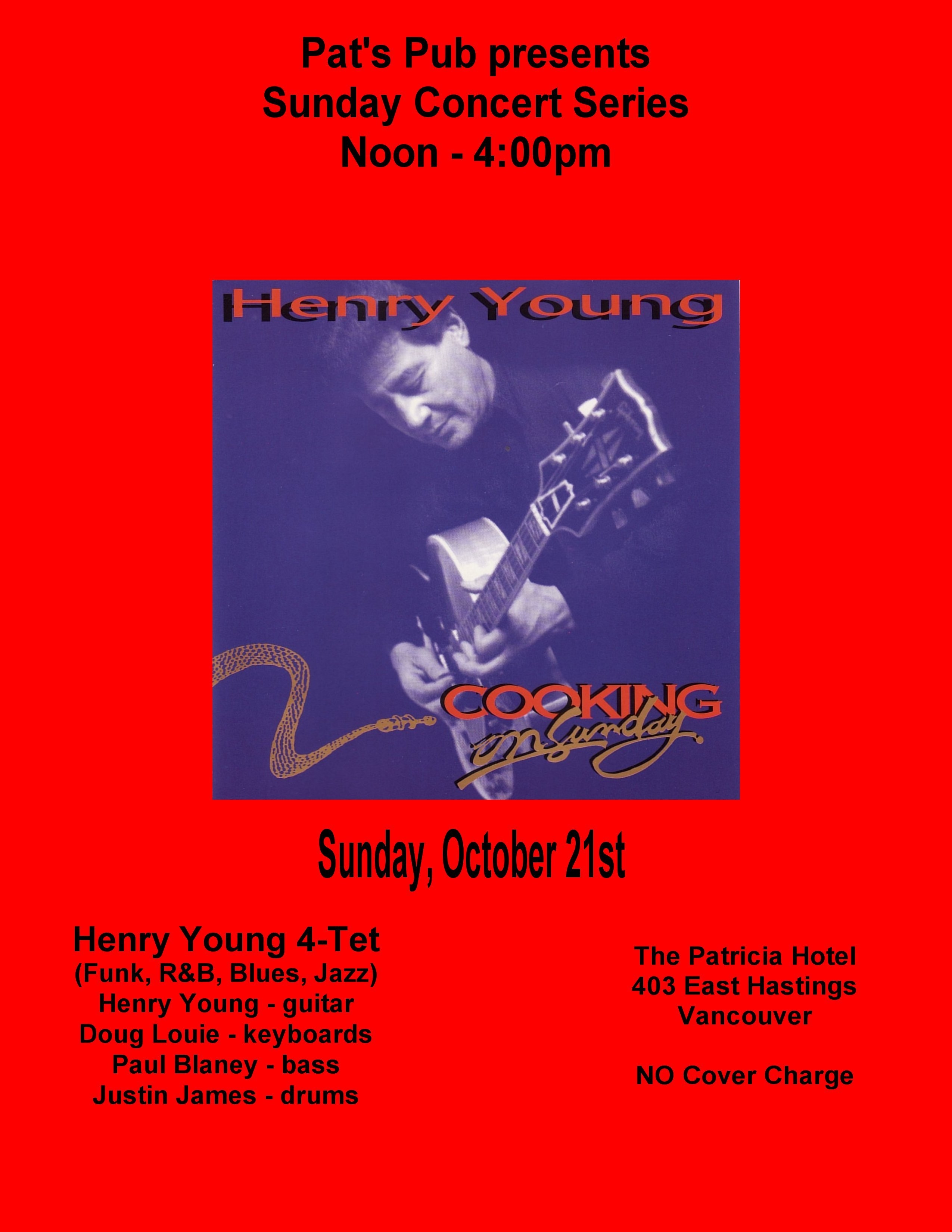 Juno Nominee Henry Young has spent his career crafting music of the highest calibre. As such, he has had the opportunity to collaborate with many of the industries greatest musicians such as Nina Simone, Ray Charles, B.B. King, Little Richard, Righteous Brothers, Mamas & Papas and The Supremes. It’s not every day that you get the opportunity to see a musician of this calibre live, but we’re in luck. October 21st, 2012 that’s exactly what we are going to get- Henry Young, Doug Louie, Paul Blaney and Justin James. For Free. 12-4pm. For Henry’s YouTube video click here.