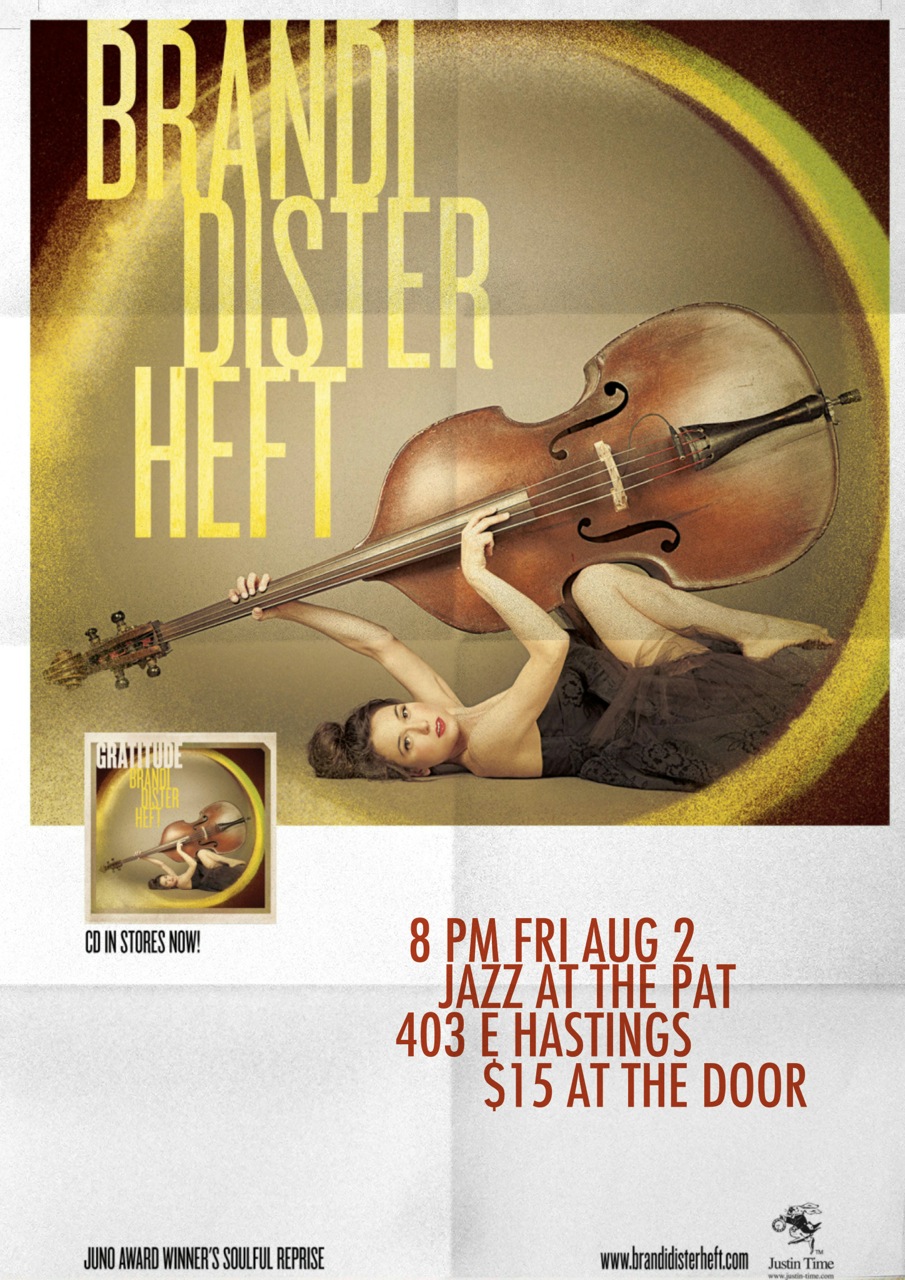 Still in her twenties, jazz contrabassist, singer, composer, Brandi Disterheft, has captivated audiences in Canada, Europe, Japan, China, Haiti and even Carnegie Hall. It’s not only her fiery bass playing that make audiences stand-up and holler, but also her innovative live shows as she sings in both English and French showcasing her ambient and dreamy voice.
Winning a JUNO for her debut album (Superfran Records), Brandi is currently signed to Montreal’s Justin Time Records with whom she had the honorof recording with Oliver Jones and Hank Jones on the album “Pleased to Meet You” that won a Grammy in 2011. Having recently been under the apprenticeship of Miles Davis’ bassist, Ron Carter, this native-born Vancouverite was also Radio-Canada’s 2010 Ambassador and Revelation Recipient.
“She is what we call serious.” –Oscar Peterson